Why Walking is so Wonderful

“Go, walk through the length and breadth of the land, for I am giving it to you.”

Ladies and Gents, why do we sit so much? We sit at our job (well, some of us do), we sit on the couch watching TV, we sit in church, we sit when we wait for an appointment, we sit at concerts or sporting events… We sit so much and it’s not helping us any. Oh snap, I’m sitting right now to type this! When I was younger, I used to be a gymnast and cheerleader, so I was constantly moving and using a lot of my muscles. I could eat a whole bag of Funyuns A DAY and not gain any weight. Those were the days. However, once my athletic endeavors ended, I became stagnant. I sat and watched TV, I sat and played video games, I sat at my job… I basically sat all the time. Even though I was so sedentary, I continued to eat like I was doing front handsprings all the time. I managed to go from 105 lbs (I’m only 4’10” tall so that’s really not an unhealthy weight for me) to around 180 lbs at my heaviest. I’m not going to lie, I was rotund. There was so much extra weight on my body, I felt awful and uncomfortable every day I was lugging it around. I became more and more self conscious, more self deprecating, and more depressed. People even started to treat me differently because I was so overweight. I can’t blame them though.  I mean, I did at the time. I blamed everyone and everything for my hefty predicament. I could not take responsibility for my own actions and began to eat my emotions… which turns out that’s what I was doing when I got that way in the first place. To boot, the less I moved, the more I wallowed in my emotions and the less happy I was. I’m telling you all this because I’ve been there, guys. It’s a sucky place to be and I completely get it.

I can tell you one thing that really helped me jump start my fitness journey. Let’s talk about how great walking is. According to the Physical Activity Guidelines for Americans 2nd edition, walking and physical activity can provide the following benefits: 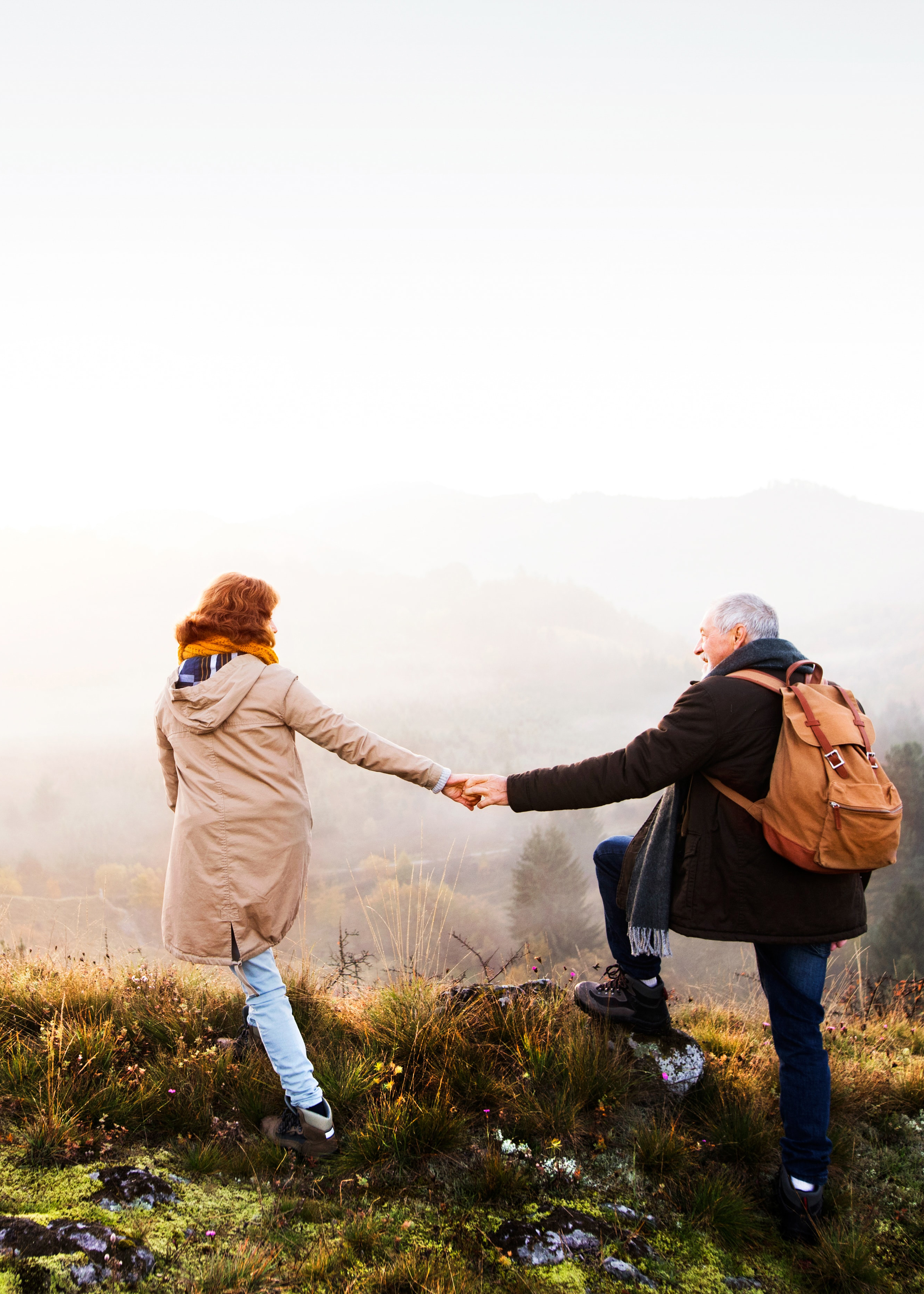 With so many amazing benefits, we should totally be walking all over the place. You may not have a goal right now, but making any movement goal is a great place to start. The more sedentary you are correlates with increased risk of heart disease, high blood pressure, and all-cause mortality (the death rate from all causes of death for a population in a given time period). Sorry to be a Debbie Downer, but it’s completely true.

“To attain the most health benefits from physical activity, adults need at least 150 to 300 minutes of moderate-intensity aerobic activity, like brisk walking or fast dancing, each week, or 75 minutes (1 hour and 15 minutes) to 150 minutes (2 hours and 30 minutes) a week of vigorous-intensity aerobic physical activity. Adults also need muscle-strengthening activity, like lifting weights or doing push-ups, at least 2 days each week,” says the Physical Activity Guideline. I’m not saying you should start out with such an ambitious goal. In fact, it is healthier start “low and slow” and gradually increase your activity. You don’t have to run a 5k immediately after being a couch potato.

Let’s talk a little about setting walking goals. Over the past several years, people can’t seem to stop talking about the 10k steps per day craze (which is about 5 miles). Here’s the thing, peeps, the 10k number is completely arbitrary. This movement was started in Japan in the 1960s and then later adopted by America. Seriously, the Evening Standard goes on to state “in 1965, a pedometer was invented by Dr Yoshiro Hatano who worked for a company called Yamesa. He named his new device ‘Manpo-kei’, which literally translates as, ‘10,000-step meter’.” This wasn’t supported by any science that says 10k is the magic number, but rather was said to constitute an active lifestyle and fit into their ad campaign to encourage the Japanese to be more active. This 10k per day goal is pretty lofty and can feel so far away. Anyone will get discouraged with an unachievable goal. I’m not saying it isn’t achievable eventually, but when you’re just starting out that looks mighty daunting. Instead, start out at 4,400 steps as a goal. A study from JAMA Internal Medicine said that the benefits of walking tend to level off at about 7,500 steps. When you’re setting your goals, it doesn’t even have to be how many steps. Focus on the amount of time you’re active instead. 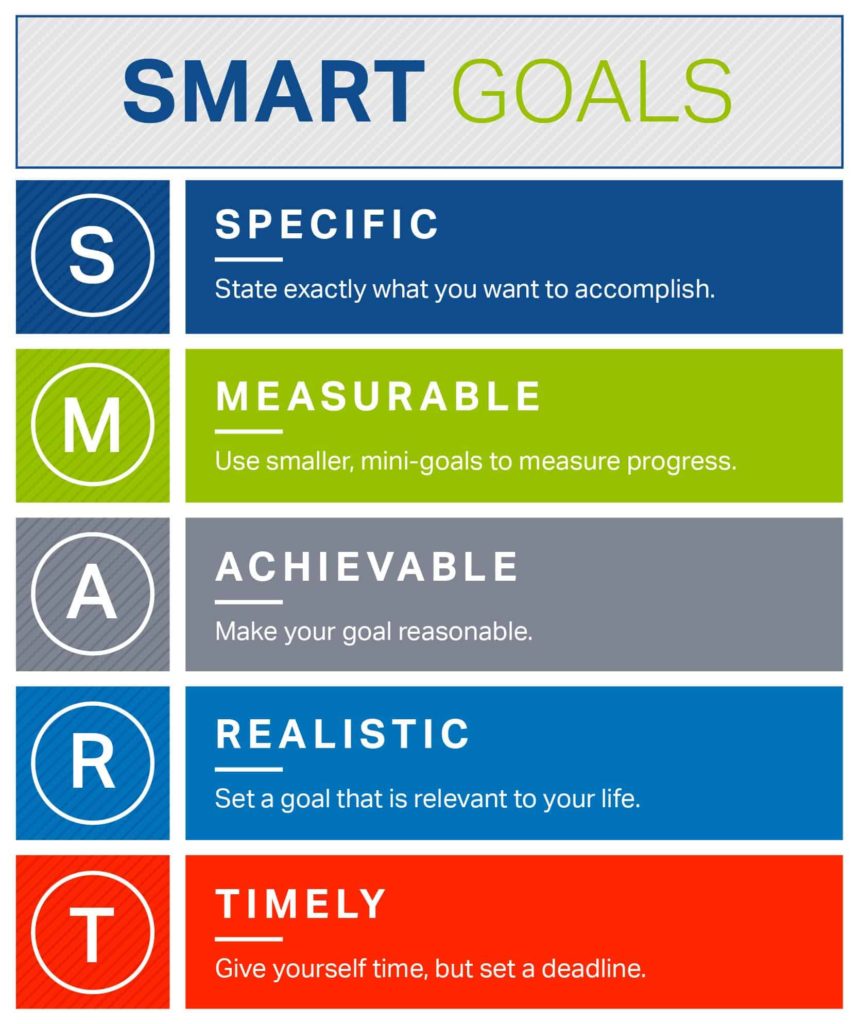 I personally like using MyFitnessPal’s method of setting SMART goals for yourself. By setting specific, measurable, achievable, realistic and timely goals, you are sure to stay motivated as you hit each milestone. Say goodbye to discouragement and wheezing when you walk up stairs! Is that just me?

So are you curious about how many calories you’re burning for a given activity? Harvard Medical School posted this awesome chart with a plethora of activities and how many calories are burned in a 30 minute period based on the weight of the person. It’s pretty great. 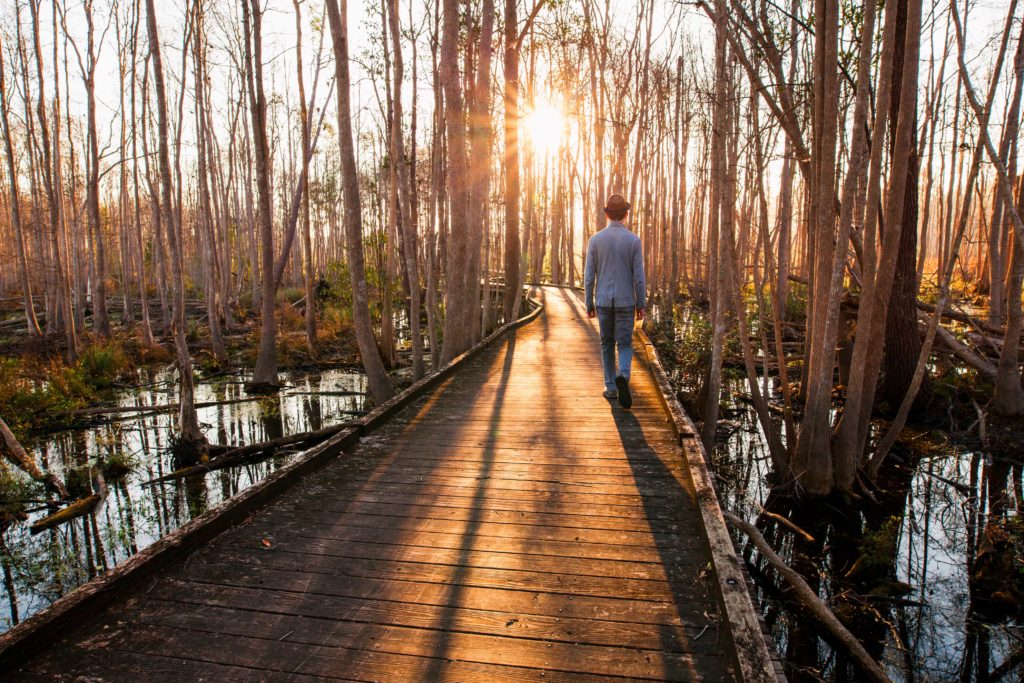 So what’s the best time of day to walk? Well that really depends on your goal. If you want to sleep better, walk in the morning, according to Sleep Health. This helps with your circadian rhythm, which assists in falling asleep faster and sleeping better. Morning walks also aid in weight loss according to this 2012 study.

If you want to increase your happiness, walk during your lunchtime. According to UK researchers, those who walked during lunchtime showed “improved enthusiasm, relaxation, and nervousness at work“. Want to reduce stress? Try walking or biking during your commute to work. A 2015 review states that driving is the most stressful form of transportation and these stressors can have “serious public health and social implications”. Moreover, walking (or cycling) can make you happier overall. 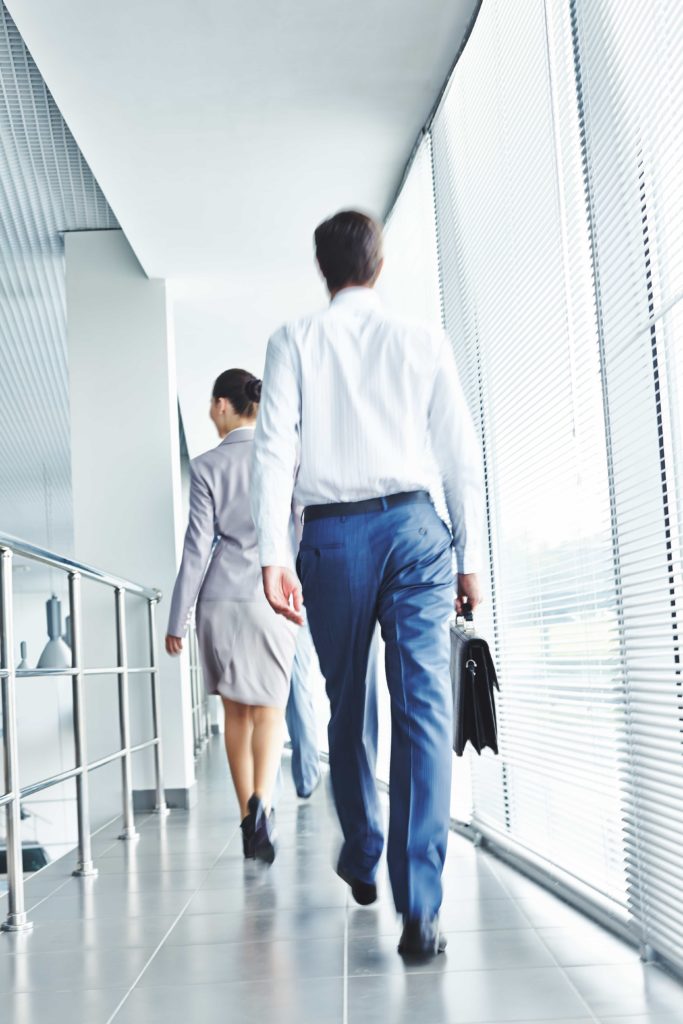 In The Little Book of Lykke, Meik Wiking goes over various scientific studies that state people who walk and/or cycle to work are happier overall than those who drive or take a bus. The walkers and cyclists had a 41% lower risk of premature death, 45% lower risk of cancer, and 46% lower risk of heart disease when compared to their sedentary counterparts. Now I know this may not be feasible for some people who have long commutes. So, instead of walking or biking the whole way, consider driving about a mile away from work, parking, then walking the rest of the way there. This will let you get in a little bit of exercise each day, without making your commute last hours and hours.

Here are some great ideas that may help you walk more; some are from me and some were shared in The Little Book of Lykke (which is a great quick read, although you’ll have to bypass some political opinions from the author throughout). 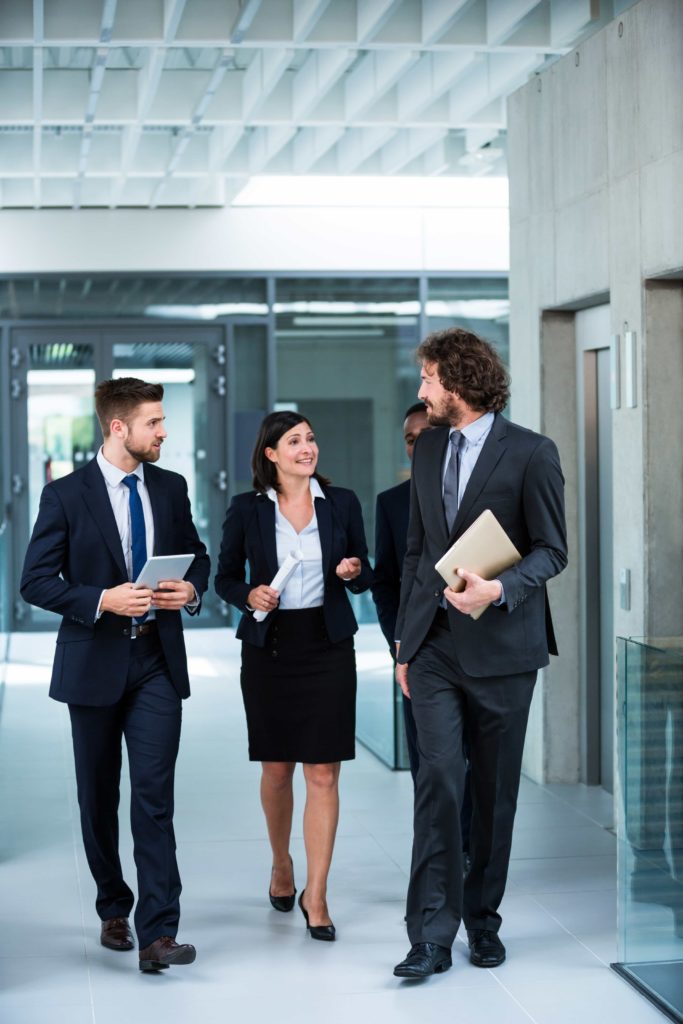 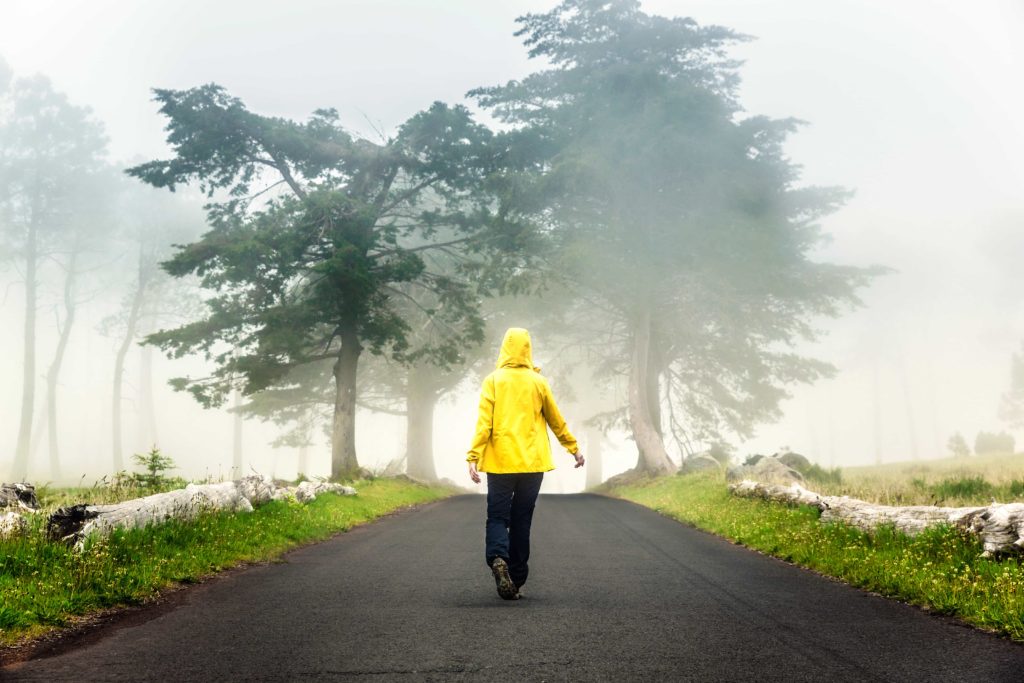 So come on, my peeps! Let’s get up and go outside! There’s a whole world to see where we can all be so much happier and healthier… and dare I say, Unrivaled. 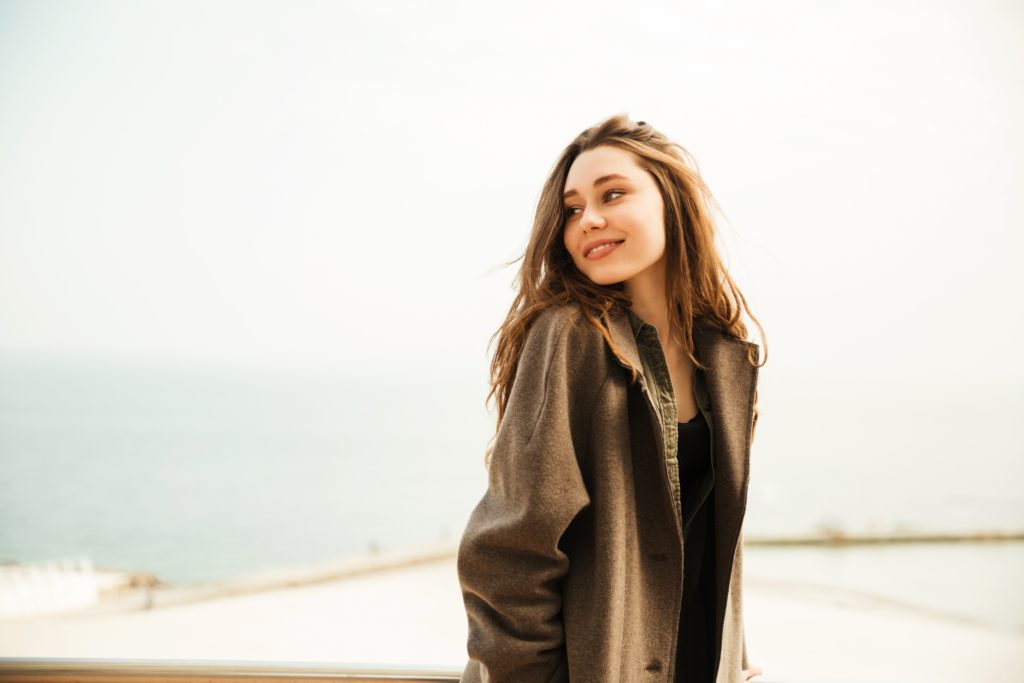