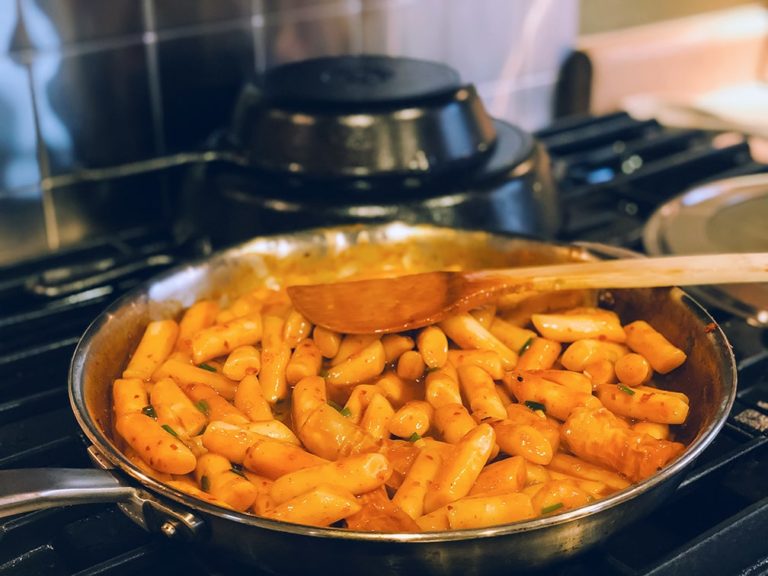 Note: Nutrition Facts do not include optional ingredients.

*Halve these to reduce spiciness

Oh, how I love tteokbokki! I first became really aware of this popular Korean food from the kdrama Second 20’s, and it looked so good that I had to immediately scour the internet for as many recipes for this as I could. Side note: if you don’t watch any kdramas (Korean Dramas) than you are missing out and you should definitely go on Netflix right now and watch what’s on there. I have recommendations if you want! Anyway, you’d be surprised at how hard it was to find authentic versions rather than the Americanized ones. Tteokbokki can be done multiple ways and it is generally up to the your preference. Whether it be the addition of eggs or tofu or fish cakes. Or perhaps adding garlic or shredded carrots. I even saw some versions that used beef broth or red bean paste. Why not add even more carbs and throw in some glass noodles or ramen! 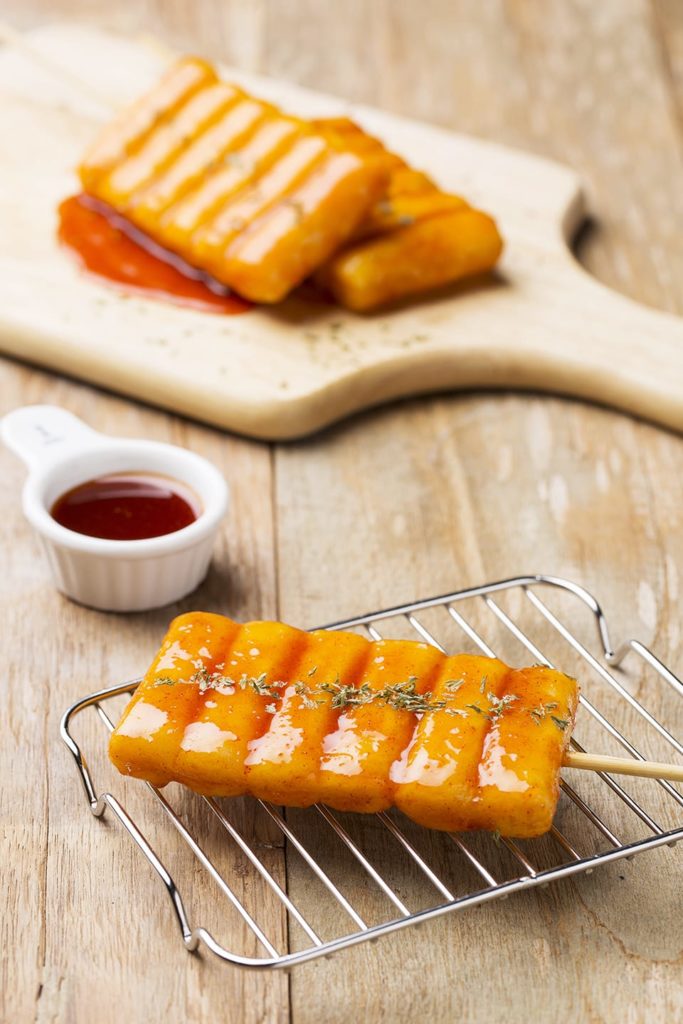 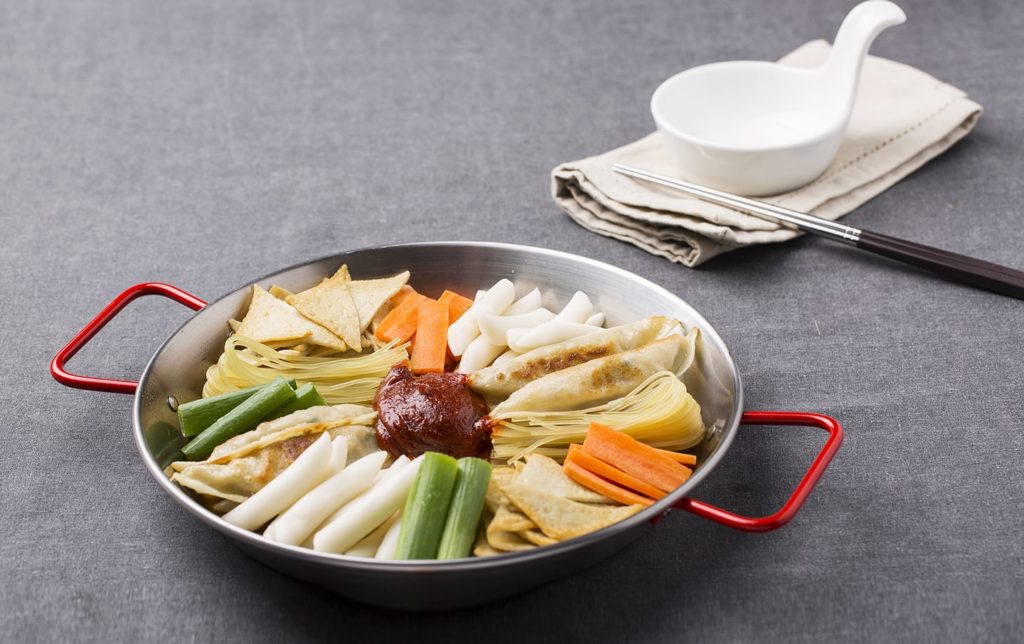 Although this particular dish started out as a royal delicacy in the 19th century, it turned into more of a comfort food sold out of street stalls. After the Korean War, times were tough and soy sauce was not always readily available. In 1953, Mrs. Ma Bok-lim started putting her garaetteok (가래떡) into gochujang sauce, selling it at her restaurant, and so the “red sauce” tteokbokki was born.

You can still get tteokbokki at her restaurant today in Singdang-dong in Seoul, South Korea. In fact, you can take your pick of tteokbokki restaurants all around Ma Bok-lim’s original restaurant. So when in Seoul, make it a point to dine on this delicious comfort food.

The recipe I made was really only after one try, but I really liked the way it came out. Traditionally they use white sugar in their recipes, but I happen to not use white sugar so I substituted stevia. Since stevia is stronger than regular sugar, I would recommend going with less and then tasting it to see if it is enough. I went as hot as I could on the rest of the sauce. The amount of gochuchang and gochugaru I put in was halved from the recipes I found online. I myself would still probably halve it again. I’m such a wuss when it comes to spiciness.  Although, I will say that with reheating this dish it was not nearly as spicy but it was still good.

I know the garaetteok (가래떡) can be a bit tricky to find. I found mine at a local Asian grocery store (also where I got the gochugaru 고추가루). However, if you don’t have one near you or you want them to be freshly made, I found this recipe over on Maangchi’s site to make your own. The gochuchang (고추장) was actually really easy to find as was the soy sauce. I used the Jin Gold S soy sauce because it is a little sweeter than regular soy sauce. I would also recommend their 501 or 701 soy sauce though. I think that next time I make this recipe I would add cabbage, eggs and maybe some fried wontons.

I absolutely love trying out recipes from other countries and cultures. There are so many new and exciting dishes to try and I can’t wait! So while we’re all a bit stranded, why not venture out of the norm and try something brand new! It’s so easy to just keep routine, but so hard to break out. Take a chance! Eat all the things!

Disclaimer: The views and opinions expressed are those of the author and do not necessarily reflect the official position of All Unrivaled. Any content provided by our contributors/bloggers/authors are of their opinion and are not intended to malign any religion, ethnic group, club, organization, company, individual or anyone or anything. Some recipes contain known food allergens. The author and All Unrivaled shall under no circumstances be liable for any indirect, incidental, consequential, special or exemplary damages or injuries arising out of or in connection with your access or use of or inability to access or use the website, content or services, whether or not the damages were foreseeable and whether or not All Unrivaled was advised of the possibility of such damages.